CCNW was appointed to create a new wetland habitat/pond approx.1075m3 adjacent to the secondary channel of the River Alt which runs through Croxteth Park in West Derby, Liverpool.

The Upper Alt Misconnections Project was delivered by Mersey Rivers Trust, in partnership with the Environment Agency and Liverpool City Council.

The creation of this new wetland habitat/pond will provide flood-water attenuation and act as a filtration system to improve poor water quality caused by an accumulation from pipes and misconnections upstream. As well as creating a sustainable habitat that would benefit the local wildlife.

The clearance works included removing heavily overgrown vegetation and some trees, thereby enabling work to proceed on the pond. Completion of the clearance works resulted in more light to the work area and the island. This has also improved the views from the existing footpaths looking over at the wetland.

The works were carried out by CCNW‘s experienced staff in habitat creation, excavating the ground for approximately 1075m3 (1075m2 area of land x 1 metre depth) of material from land adjacent to the secondary channel of the River Alt using heavy plant machinery. The ground was lowered by up to 1m and graded to tie-in to existing ground levels.

The base and side were re-profiled creating the new wetland habitat/pond which would be linked to the main watercourse by an inlet and outlet channels. The new wetland pond will also provide a holding area for flood-water, as well as providing a new haven for the local wildlife.

Mersey River Trust, together with the help from the local Croxteth Park Volunteer Group intends to plant up the newly constructed wetland with common reeds which will act as a filtration system to improve poor water quality within the river, also creating better biodiversity for wildlife.

All excavated materials from the project were retained on-site and distributed on the adjacent land and the ‘island’ between the River Alt and the secondary channel.

The CCNW team also carried out minor landscaping works on the island, which included building up the levels and re-grading the sides of the island which would create a new habitat for wildlife. The remaining spoil was landscaped, creating bunds that would later be seeded with wildflower mix or planted up with native trees. 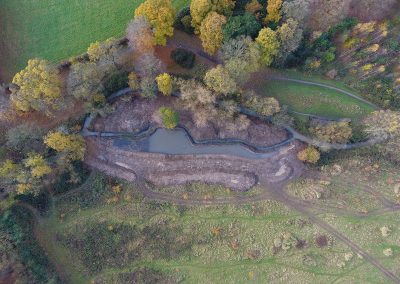 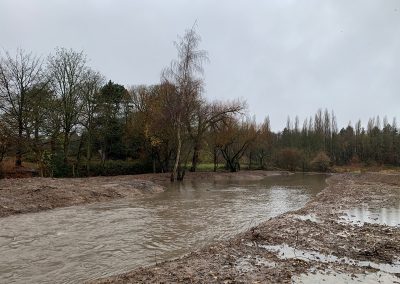 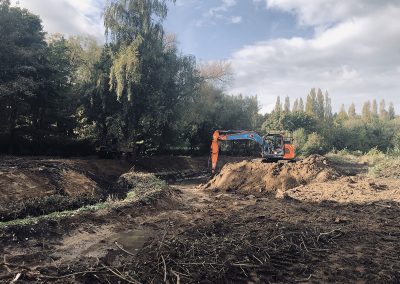 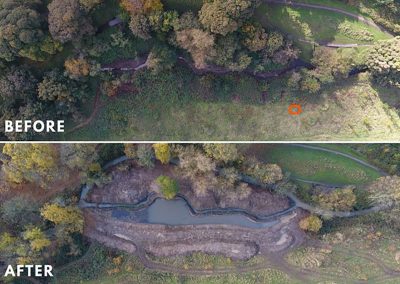 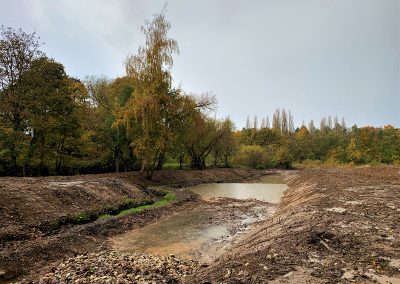 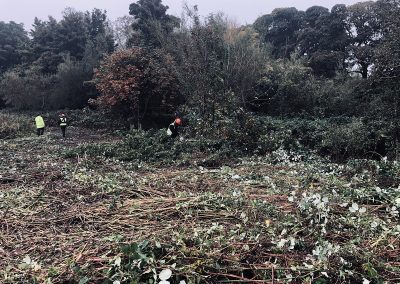 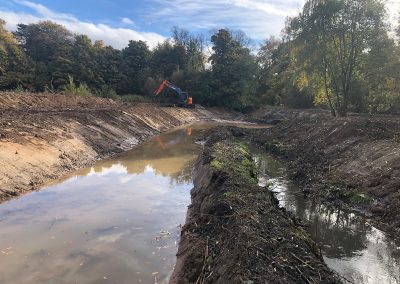 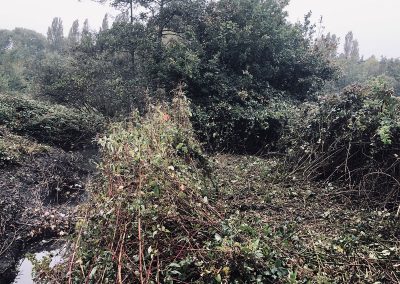