Tawd Valley Park is an area of green open space of approximately 65 hectares running from Skelmersdale town centre and following the line of the River Tawd as it heads northwards to join the River Douglas.

CCNW was commissioned by West Lancashire Borough Council for this project initiated by the Friends of Tawd Valley community group. The project aims to provide a community classroom and rain garden as an educational resource for school children and the local community.

Rain gardens are designed to mimic the natural water retention of undeveloped land and reduce the volume of rainwater run-off into drains from impervious areas and treat low level pollution.

‘The Tawd’ is a large country park and a haven for a wide variety of wildlife including birds of prey, Kingfishers, Dippers and Wagtails.

Site Preparation
The CCNW team carried out initial site preparation works, excavation for the soakaway area, and placing the spoil within the designated areas for re-use as back-fill.

A gravel bed was laid to a depth of 300mm, and pipes from the Klargester were laid to provide a herringbone drain system. This will allow the effluent from the treatment plant to spread out and infiltrate the ground. In addition, 110mm perforated twinwall pipes were installed.

Top soil was used to cover the pipes, and marginal plant species were transplanted. Species include Hosta, Iris, Water mint, Golden Groundsel and Ragged Robin. The water will be filtered as it passes through this area, improving the water quality, and will eventually flow back into the River Tawd.

Construction of Green Roof and Rain water harvesting system
Two large, sloping roofs were constructed on the flat roof of the classroom container. The roofs were lined with weed-proof matting, filled with topsoil, and Sedum roof roll was applied.

Green Roofs are a fantastic habitat for invertebrates, will help keep the classroom cool inside and will filter the water collected via the guttering system around the top of the classroom. Water collected from the guttering will be collected in a water container located at the back of the building, allowing rainwater to be harvested efficiently for use on the allotment. 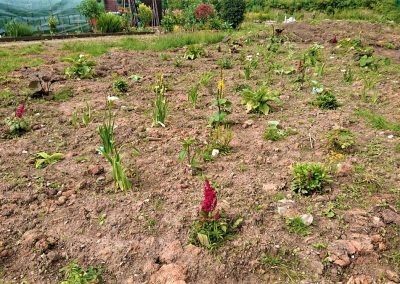 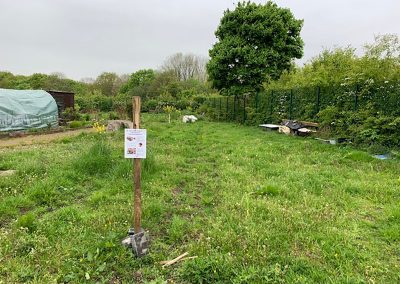 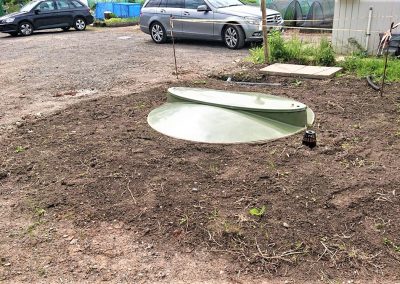 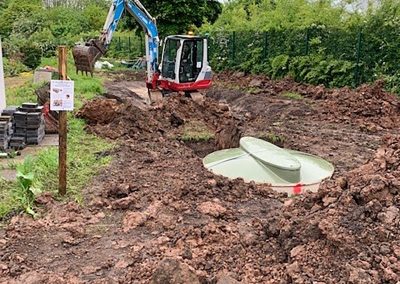 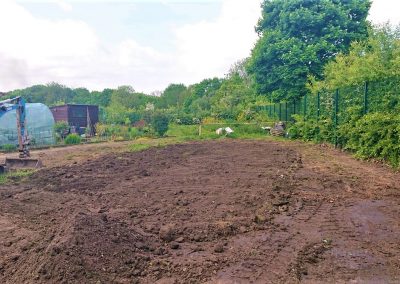 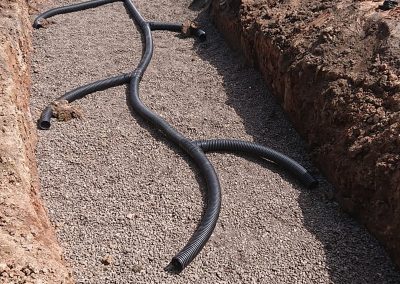 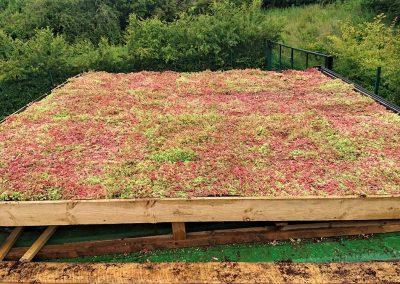 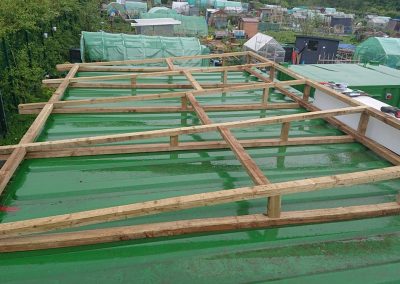 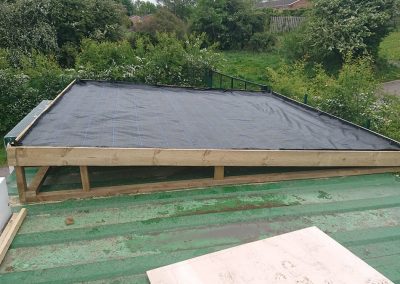 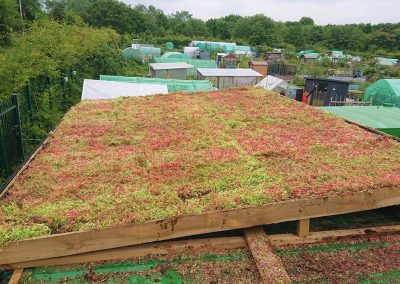