Walney Island is situated off the Cumbrian coast, close to Barrow-in-Furness. The north end of the island includes North Walney National Nature Reserve, Walney Airfield and the Duddon Estuary.

The island is an important coastal site for birds, plants and animal species.

CCNW’s professional conservation team has extensive experience with all aspects of habitat management and creation.

The land around and adjacent to the airport is owned by BAE Systems and is part of the industrial legacy of the island. The site is next to North Walney National Nature Reserve

At the heart of this project has been the creation of over 2.5km of new footpaths, affording visitors greatly improved routes around the site. New knee rails were provided to discourage the use of informal paths, helping to protect plant and animal species.

With the footpaths, new steps were built around steep areas adjacent to existing ponds. To complement this, eroded slopes and banking adjacent the ponds were lined and stabilised. Work was also carried out to clear areas along the new footpaths and the existing ponds including removal of barbed wire fencing.

Site had suffered with unauthorised camping and off-road car use. Natural stone blocks were placed strategically around the site to discourage future site misuse.

The result is a greatly enhanced landscape with better linkages to North Walney National Nature Reserve and West Shore. 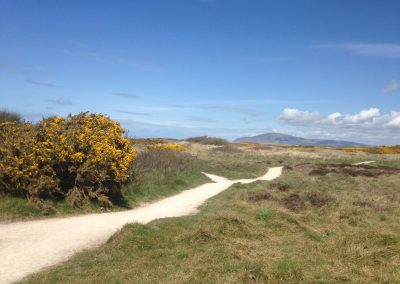 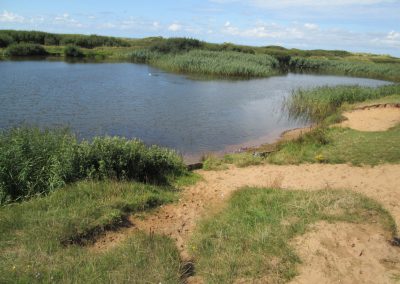 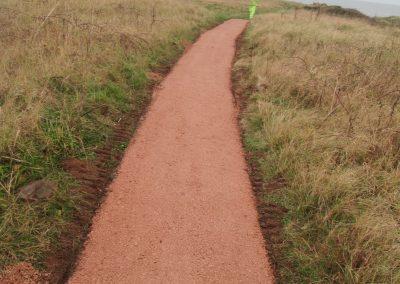 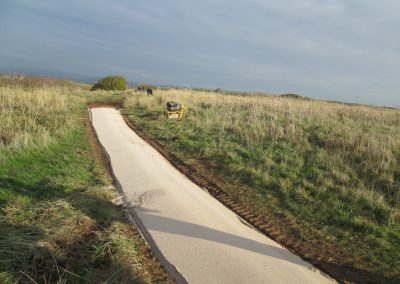 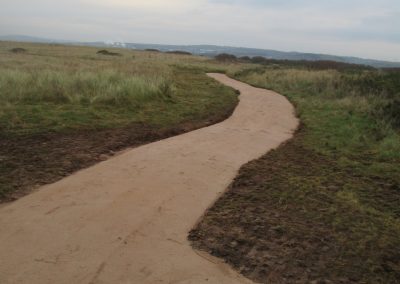 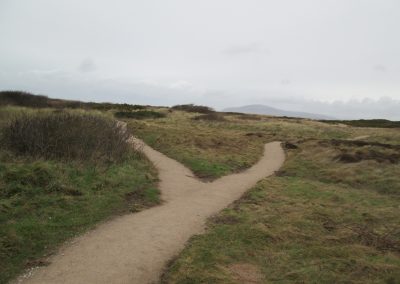 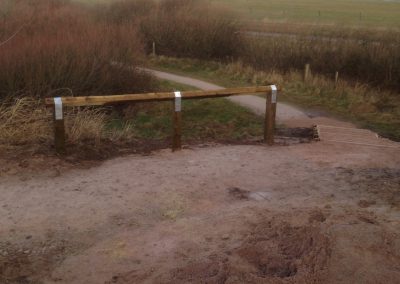 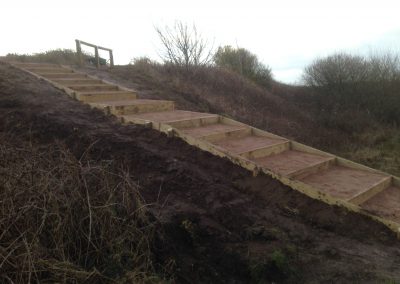