Ravenmeols LNR forms a part of the Sefton Coast designated as a Site of Special Scientific Interest (SSSI) and Special Area of Conservation (SAC) and is noted for its dune habitat.

The introduction of Sea buckthorn and lack of grazing, or regular scrub control, has led to dense stands of sea buckthorn, birch, and poplar to thrive often in a wet slack habitat, which requires removal over time. The National Trust obtained permission to carry out the works on the SSSI with consent from Natural England.

Before starting work, the ground was surveyed for unexploded ordnance by an explosive ordnance disposal engineer. A safe method of working was agreed upon with CCNW and National Trust.

The project aimed to carry out two main areas of work, the first was to carry out large areas of scrub removal, including the burning of cut arisings on site.

Before any excavation work could begin, the immediate and surrounding areas required clearing all scrub and trees. The total amount was approximately 3ha² of mature sea buckthorn scrub/trees. An additional 2ha ² of turf scraping was undertaken within the designated areas.

The second was the creation of new slacks/ponds scrapes. Dune slacks are depressions in the dune system that have formed because of wind erosion down to the water table. The level of water varies depending on rainfall and fluctuations in the water table, typically rising between autumn and spring before falling again throughout the summer months and often drying by the end of summer.

At Formby, natterjack toads have been helped by creating new breeding slacks/pools within the dunes, and this project helps by connecting existing pools along the coast.

Scrub Removal
The scrub removal works aimed to remove the dense sea buckthorn scrub, which encroached into slack and mobile dune habitats at seven locations within the Nature reserve. A total of 3ha² was cleared, and ground vegetation scraped to provide open expanses of bare sand. CCNW carried out mechanical uprooting of the buckthorn scrub and roots using a 360-degree excavator with rake attachment, making it easier to be shaken and loosen sand/soil from root material ready for burning.

Turf Scraping
Turf scraping of all vegetation was completed within the cleared areas of sea buckthorn vegetation. Surplus turf was disposed of, buried, and covered with sand. Large volumes were used to form embankments with a natural contour, preferably on the northside of each restoration area. Embankments formed in this way can be covered with surplus scraped sand from deepening scrapes close to the water table.

Burning
The burning of all Buckthorn brash was undertaken within designated burn areas, well away from surrounding dune vegetation & fire kept to a manageable size to avoid sparks & embers being blown onto dune grassland. Fires were managed to leave only embers at the end of the day, and damp down around the edge as necessary.

The Creation of Slacks
CCNW worked closely with the National Trust to locate the pools in a suitable area, work with the landscape, and mark out the areas for slack creation.

CCNW Conservation teams created the new slacks by removing all surface vegetation, roots and topsoil from within several areas to expose bare sand beneath. The new slacks’ creation was excavated below the water table and profiled with a gently sloping gradient. The excavated fresh sand was placed on one side for later use.

CCNW were able to dig down to the required depths using data gathered by the National Trust the height of the water table from dip-well measurements.

All organic matter from the excavations was buried in northern facing dune slopes at a depth of at least 2m, with some materials used to create an artificial dune ridge. The excavated materials were covered using the excavated fresh sand and reprofiled.

Natterjack toads favour these sorts of pools as shallow water warms up quickly in the spring and the gently sloping sides make getting in and out of the water easier. So it’s hoped that in the future, the new slacks will become successful breeding pools. 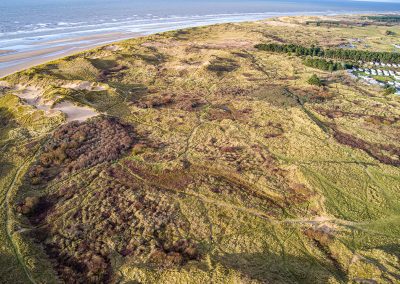 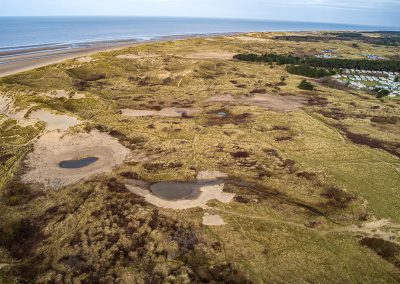 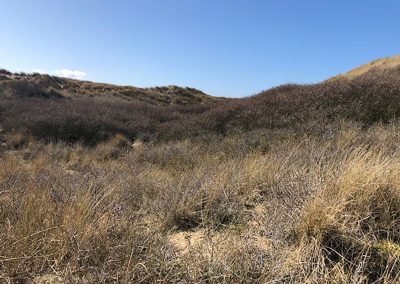 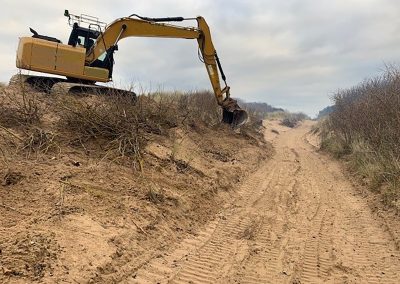 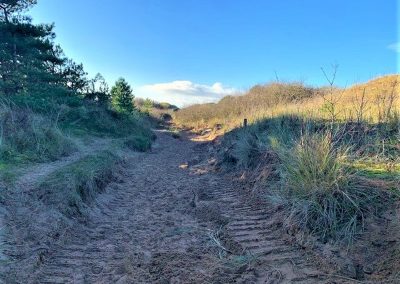 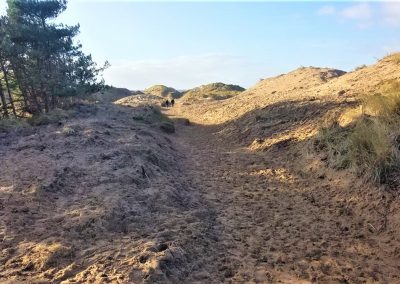 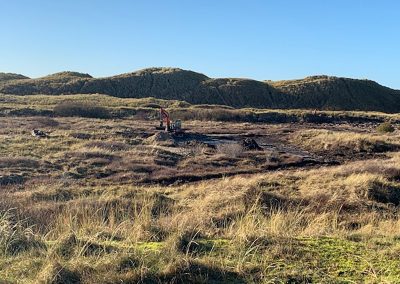 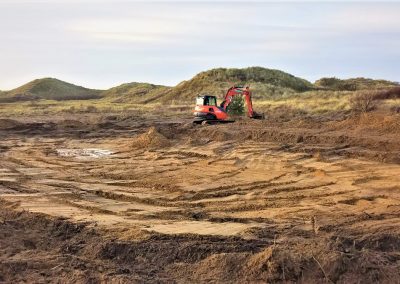 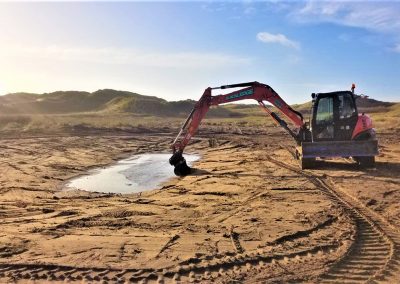 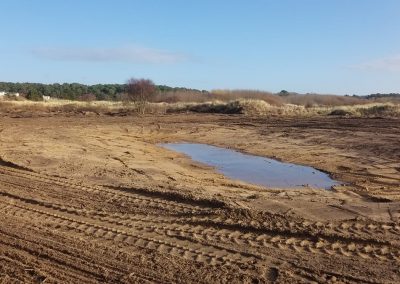 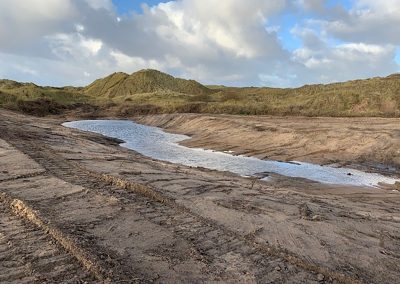 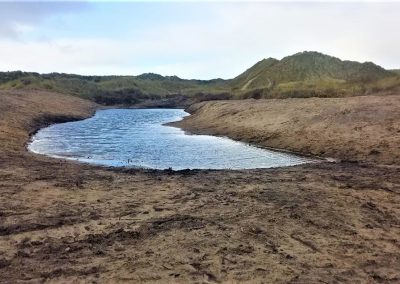 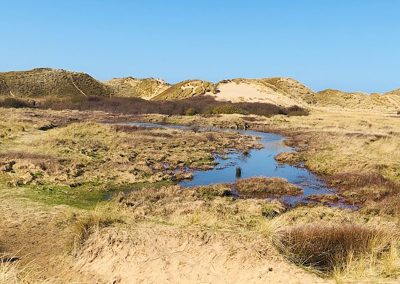 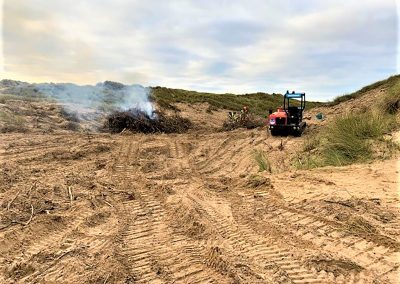