Dune heath forms along the inner edges of sand-dunes found on the more acidic sandy areas where rain has leached the lime from the sand. These rare habitats are often lost to pine plantations or development.

Lack of grazing or regular scrub control has led to dense stands of primarily birch and conifer that require removal and gorse that need cutting back. Scrub invasion by these species means the area is recorded as Unfavourable- Declining and threatens its SSSI/SAC status.

The aim was to create an attractive landscape with open glades forming a patchwork of heather gorse surrounded by mature conifers. These areas hopefully will self regenerate and self-seed naturally from existing heather plants. Alternatively, other methods could be introduced such as using heather cuttings and placing them down on bare soil.

The dune heath restoration works within the Triangle would be carried out by removing dominant trees and shrub species covering the existing dune heath. By removing the dominant species and stump, treating the birch tree stumps to prevent further regrowth and enabling the dune heath to regenerate in full sun and not be shaded out.

The works included cutting back larger and older gorse bushes around the edges of the site. The gorse patches were cut down to ground level and chipped on site.

During the site walkover with Natural England, the felling of small to medium pine trees within the designated area with the retention of three larger pine trees and several oak trees was agreed upon before the commencement of the works.

The effective programme of tree and scrub removal has provided a new opportunity to restore the dune heathland. A block of pines that supports red squirrels and several mature oaks has been left in situ, preserving their natural habitat. 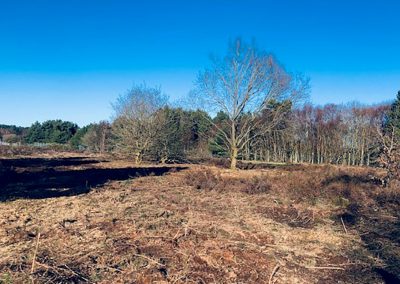 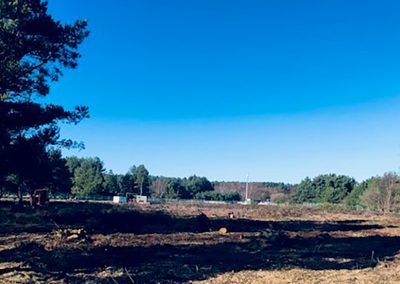 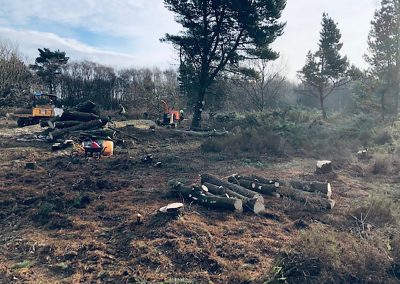 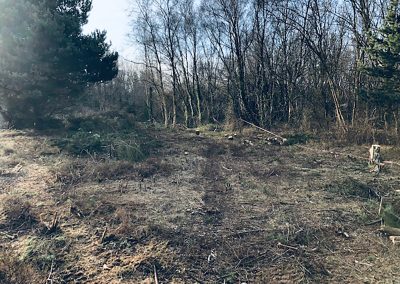 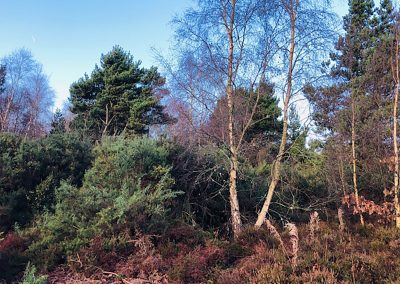 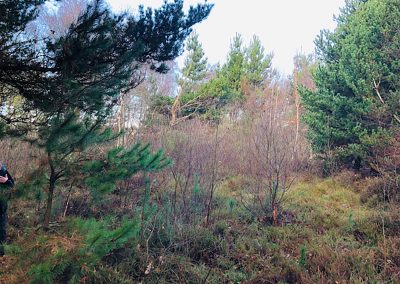 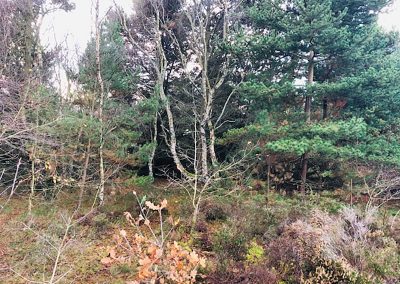