Amberswood is a 160 hectare nature reserve and is the focus point of Greenheart, Wigan Council’s network of high quality natural landscapes which have been reclaimed from their previous industrial use.

CCNW’s professional conservation team has extensive experience with all aspects of wetland and mossland projects. Over the course of the project, we worked closely with the client to implement a coherent plan to meet the client’s requirements.

Amberswood is an extensive, strategically important site with habitats which include peat mossland, wildflower meadows, woodland and grasslands. As a former coal mining site, it has been transformed in recent years into a picturesque landscape, home to a variety of animal and plant species.

The key aim of this project was to re-wet a significant area of mossland and to prevent the inundation of base rich surface water from the surrounding fen. Over several years, it had been noted that changing hydrology had led to the moss drying out, therefore causing a decrease in plant species such as sphagnum moss and enabled encroachment by bracken & willow scrub.

The project design was developed in partnership between Wigan Council, Natural England and The Wildlife Trust for Lancashire, Greater Manchester & North Merseyside.

Initially, CCNW stripped back the turf and vegetation across the project site. Excess material was stacked neatly on top of the peat bunds.

A number of techniques were implemented. These included the creation of 610m long, 0.5m high peat bund with overflow drainage pipes. Besides this, the creation of 13 No. shallow scrapes (borrow pits) facilitated the bund creation meaning that no waste material had to removed from the site. Most importantly these scrapes have the additional benefit of creating new wetland habitats.

In order to control drainage flows from the site, blocking grips were used via two separate techniques. First, 52 individual peat plug dams were created across smaller ditches over the site and second, 11 reinforced dams were created using plastic piling. These dams followed the site contours to minimise their visual impact whilst enabling groundwater levels to rise.

CCNW undertook extensive preparation for the project including site visits, consultations with the three project partners. Research into the techniques to be applied as well as normal safe working methods such as risk assessments and method statements were provided detailing how the work would be carried out. Significant effort was put into minimising disturbance to animal and plant species.

The resulting works will act to raise the water level, preventing the loss of water from the site thus encouraging sphagnum moss re-growth, allowing specialist plant species such as bog asphodel, bog orchid & sundew to propagate and reinvigorating the habitat as a thriving wetland. 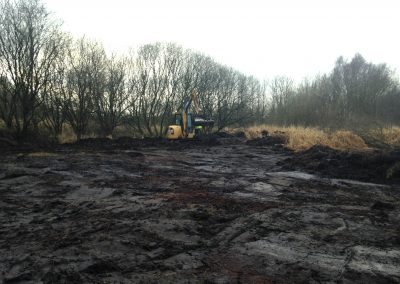 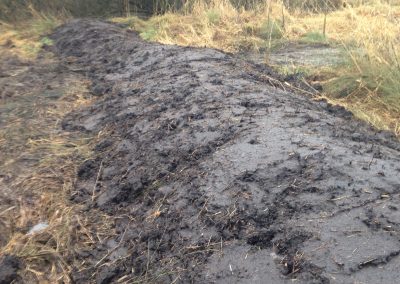 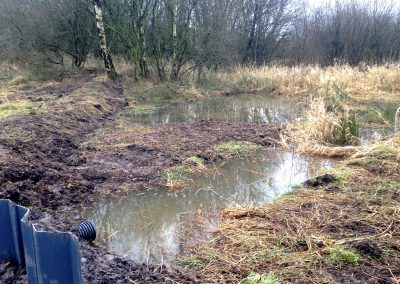 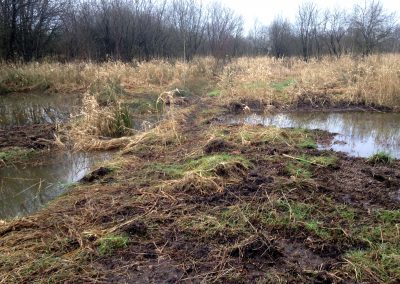 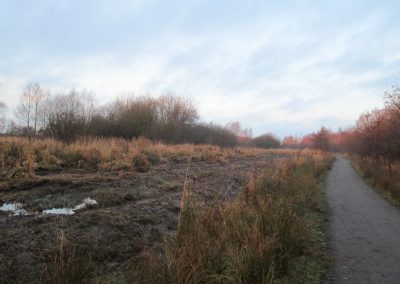 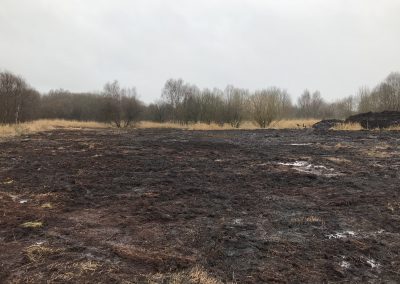 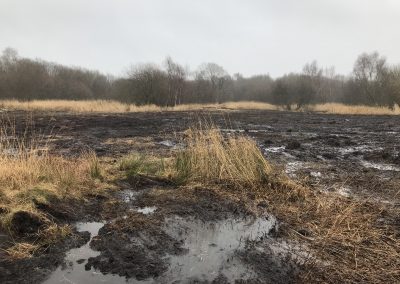 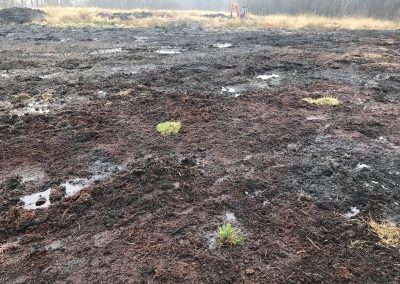