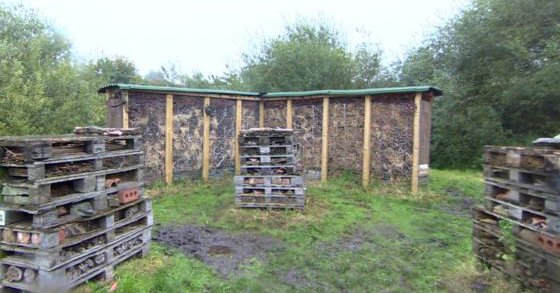 CCNW Ecologist Dominic Rigby was asked by WWT Martin Mere Wetland Centre to verify the bug life in an amazing project to build the world’s largest bug hotel. It took the team at Martin Mere just 4 weeks to construct the bug hotel.

Centre Manager Nick Brooks commented: “We are going to provide a safe place for insects and other animals to sleep, breed and hibernate. All life needs water and nearly all of it needs land too at some point. More than 100,000 species of animal rely on freshwater ecosystems alone (half of which are insects!).  This bug hotel is going to play a vital role in increasing the already amazing biodiversity of Martin Mere’s Wetland habitat.”