CCNW was appointed to carry out additional habitat enhancement and access improvement works at the Yarrow Valley Country Park in Chorley.

CCNW have built up experience in applying green engineering techniques such a brushwood mattress’s and willow spilling to prevent further erosion along the river corridor.

Further works of the installation of brushwood mattress within three main areas along river banking covering a total area for approx.120 Lin meters comprising layers of hazel or willow faggots laid in a mattress between the grids of posts. The Bio-engineering aims to trap suspended sediment. All works were carried out using on-site materials which were harvested and collected from woodland blocks adjacent to the site.

Work on the enhancement of two scrapes within the site, the first an existing scrape/wetland located on an area of wetland which was re-profiled and enhanced by increasing its size and the depth by 0.75m in the centre. Existing native vegetation was removed and replanted within the newly extended scrape area.

The creation of a shallow profile to the edges similar to that created at Yarrow Meadows phase one. Replanting of native species was carried out around the marginal areas of the larger scrape with enhancement works on scrape 2. This scrape within the wetland woodland was re-profiled and enhanced by the removal of the existing high stop of earth.

A shallow saucer-like fringe to the edge was created using excavated spoil to form a small sallow bunding around the edge to retain the water in the scrape and prevent it from running off into the river. The planting of willow and alder was carried out to enhance the southwestern edges. The remaining spoil was used to backfill dog runs along the banking and prevent trip hazards and erosion on the river banking.

Green Bank Protection works using interspersed planting of live willow stakes 50-60 cm stakes were undertaken on the river banking for approx. 40m. All willow materials used on this section were harvested from a nearby site known as Lower Burgh Meadows. All works were carried out by thinning and coppicing methods sympathetically carried out in the interests of the visual and habitat value of the sites.

Felling and dropping of 3 existing trees at designated locations into the watercourse, downstream to create a natural dam within the river channel.

Additional tree planting and associated tree protection were carried out within

four main areas, within the meadow valley using a selection of native trees planted into an existing grassed area in a random pattern at 6m intervals.

Riparian tree was planted into the edge of the land to stabilise the eroding sandy banks and combat invasive balsam. A selection of native trees was planted into an existing grassed area in a random pattern and spaced 4m-6m apart. All trees were planted with mulch mats and Tubex tree shelters with stakes & ties.

Additional footpath work was undertaken along the existing informal paths (800M) by scraping off the surface soil on the new path route creating a 125m deep “tray” by 1.5m wide along with the installation of Terram sheeting within the tray impropriation for stoning up. Recycled aggregate MOT to a depth of 100mm with camber 1:40 was applied along the full length of the footpath network and 4mm to dust recycled aggregate for the wearing course. 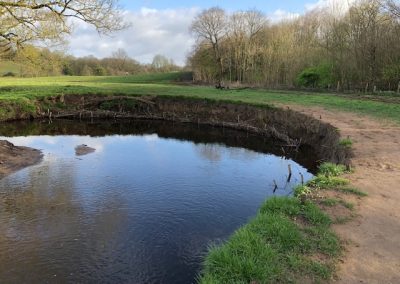 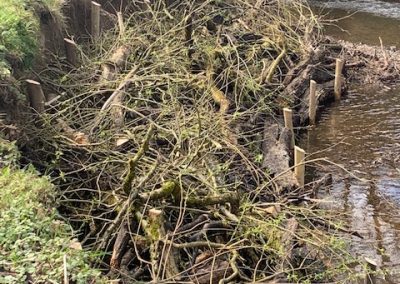 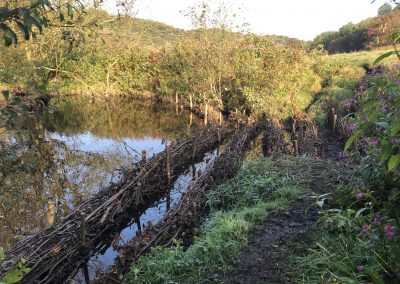 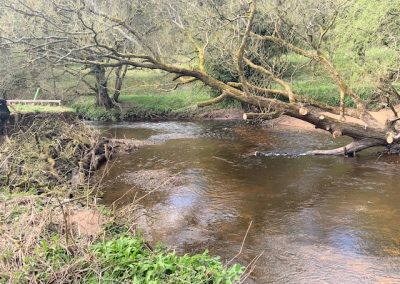 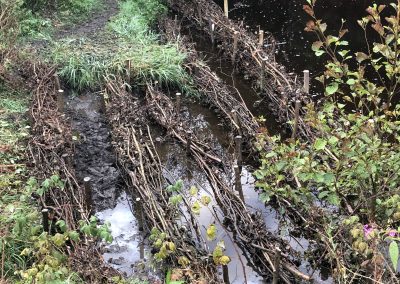 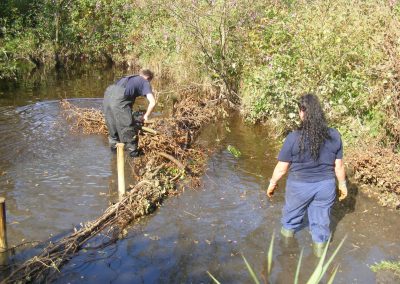 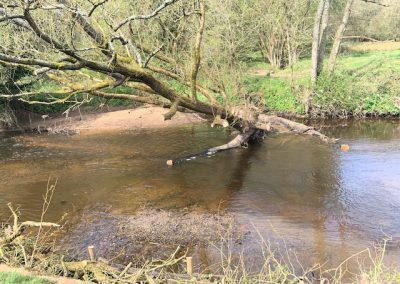 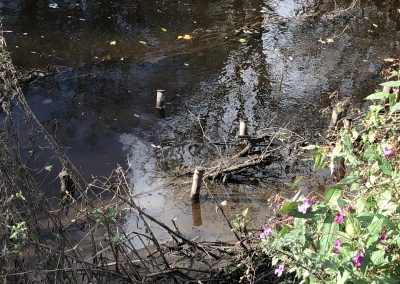