Pennington Flash is an impressive 200 hectare local nature reserve located in the heart of Greater Manchester. Within the reserve the lake and marshland areas are home to a diverse range birds, mammals and insects.

Over 230 species of birds have been recorded on site, confirming its importance for birds, including the black-faced bunting, nightingale, cattle egret, whiskered tern and Leach’s petrel.

The importance and value of the Pennington for birds is recognised nationally and ongoing conservation work seeks to maintain the richness of the both its biodiversity and attractiveness for a variety of birds including many on the conservation red and amber lists.

The project involved the installation of an Osprey Nest and Pole, with the aim of enticing these spectacular fish-eating birds of prey to build their nest on their journey north to the Scottish Highlands. Ospreys have often been seen feeding on fish from the lake at Pennington Flash during such trips.

CCNW undertook work to supply and install a 15-metre nesting pole and nest basket onto an island within the reserve, which would provide the housing for the wooden platform to hold the nest.

In preparation, bog mats were installed across the water channel and using a telehandler to move the pole onto the island. Ground preparation works included drilling down 3 metres to provide stability for the pole. The pole was successfully lifted into position using a 9-ton excavator. The nest basket structure was installed using untreated timber and Scots Pine branches around the outer edges and to secure the perch above the nest structure on top of the pole. A total of 12 Scots Pine trees were planted around the base of the pole. In addition, the existing water channel between the island and higher ground was deepened preventing further access to the island.

CCNW undertook extensive preparation for the project including site visits, consultations with the client, research into the techniques to be applied as well as risk assessments and method statements detailing how the work would be carried out. Significant effort was put into minimising disturbance to animal and plant species. Our senior ecologist carried out a nesting birds survey prior to the works be carried out. 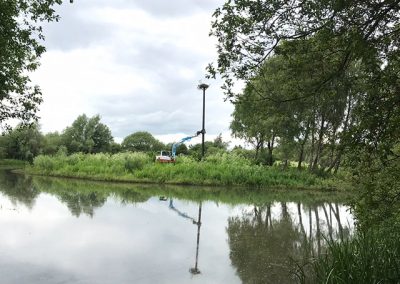 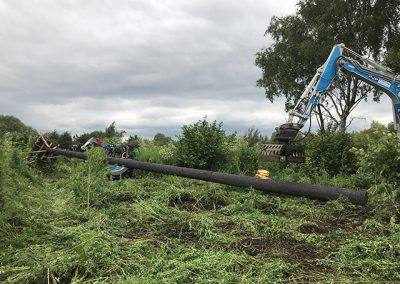 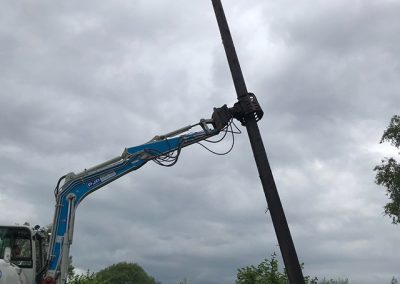 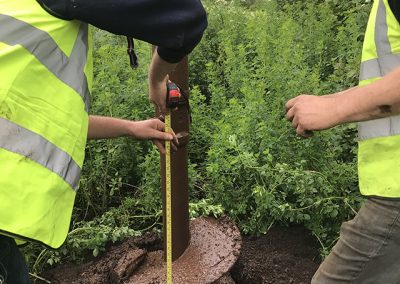 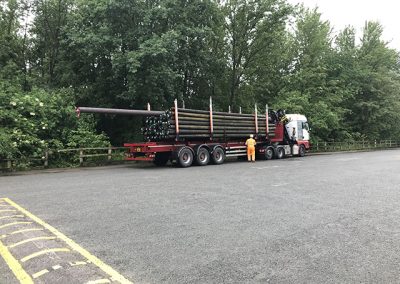 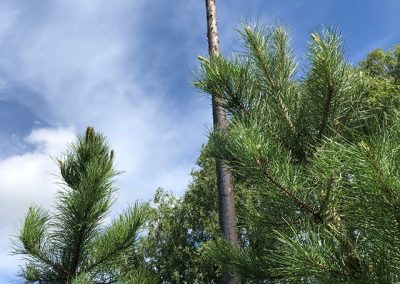